New Law May Bring Some Accountability but Invites Abuse of Freedoms 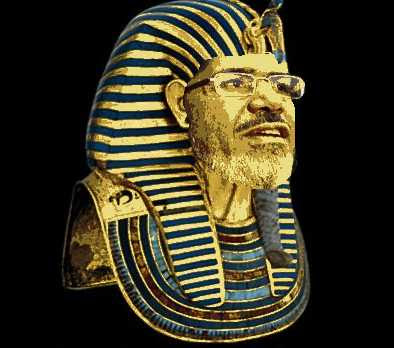 "(London) – President Mohamed Morsy’s Constitutional Declaration granting his decrees and laws immunity from judicial review even if they violate human rights until mid-2013 undermines the rule of law in Egypt. If Morsy were to pass a law violating human rights, victims would have no means to challenge the law on the basis of rights set out in the March 30 2011 constitutional declaration. It also appears to give the president the power to issue emergency-style “measures” at any time for vague reasons and without declaring a state of emergency.

The president also issued a law providing for new investigations of those responsible for violence against protesters. But the law also creates a new court to prosecute people under vaguely defined and overly broad laws dating from ex-president Hosni Mubarak’s rule which have historically allowed for abuse, including prosecuting people for insulting the president or the judiciary. Morsy also announced measures that seem to interfere with the independence of the judiciary.

“Egypt is in serious need of judicial reform but decreeing that the president rule by fiat is no way to achieve it,” said Sarah Leah Whitson, Middle East and North Africa director at Human Rights Watch. “Egypt’s president now has more power than last year’s military rulers who used their position to violate human rights. And President Morsy has exempted himself from any independent judicial review.”......"
Posted by Tony at 3:45 AM