The battle for Egypt 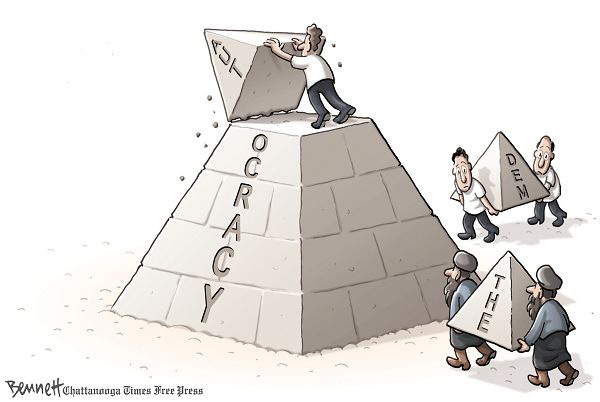 ".....Since the Muslim Brotherhood won the majority of the parliament’s two chambers and the steady, yet tremendous decrease of their popularity after watching them in action, it is getting alarmingly worse for them, much faster than anyone had expected after beating and murdering protesters, following Mubarak’s and the SCAF’s footsteps. Only this time it is under Morsi’s rule who claimed to support freedom of expression and the revolution. If Morsi did not take back his decisions and continued to be as stubborn as Mubarak, it will definitely not end well for him as now it is not just the revolutionaries who are standing against him but everyone in Egypt who doesn’t believe in the Muslim Brotherhood. All is enraged by his latest actions, and those are not a few that Morsi’s brotherhood can oppress. It will definitely lead the country to chaos and the demands for ousting Morsi will increase as people’s patience will not hold for long.

We did not oust Mubarak to create another Gaddafi and put him in power, none of Egypt’s presidents have ever had the legislative, judicial and executive powers all together and it is totally unacceptable to allow creating a Pharaoh in the name of “protecting the revolution” or with any other excuse.

Morsi has always been mentioning how he won the elections fairly in a democratic process and that he was “chosen by the people” not putting into consideration that he won by 52 percent of which almost half of them gave him their vote just because they would have done anything to prevent Shafiq from winning."
Posted by Tony at 4:01 AM