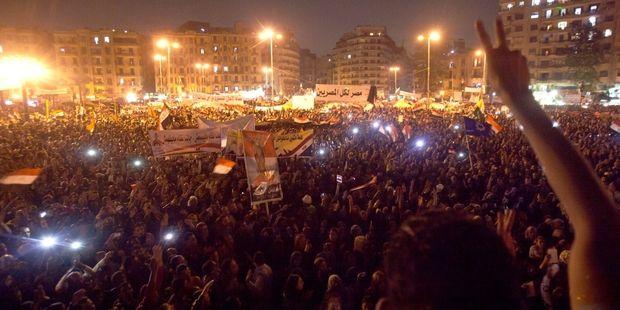 ".....On Tuesday, as the gas dispersed, we found one young boy sitting on a pavement, holding an empty gas canister in his hands. US-made, it had written first-aid instructions in a language the boy couldn’t read.

Walking through the area, we saw protesters holding similar canisters. All were wondering what to make of them – why objects made so far away were once again being used on the streets of Cairo. All tear gas canisters we examined had the manufacturing date of March 2011 and had therefore been sold to Egypt after the uprising.......

The latest decision was a further blow to a process that was supposed to mark Egypt’s return to human rights and rule of law. As we looked over the articles approved by the assembly this morning, our disbelief grew. Very basic provisions that would have enshrined human rights are vague or missing; there are no articles which explicitly ban discrimination against women.

Instead, reform has been replaced with repression. The draft bans criticism of religion, and explicitly allows for the military trials of civilians – a last minute concession to the army that has written injustice into the very cornerstone of Egyptian law.

In one tumultuous week, Egyptians have been forced in disbelief and anger back into the sidelines. Days ago, the protesters made it clear that President Morsi’s only way out was to strike down his own decree. But the botched constitutional process has only fanned the flames of the protesters’ anger.

One thing is certain: the protesters will not accept a return to rule by decree, or accept a constitution written by a committee that doesn’t speak for them. "