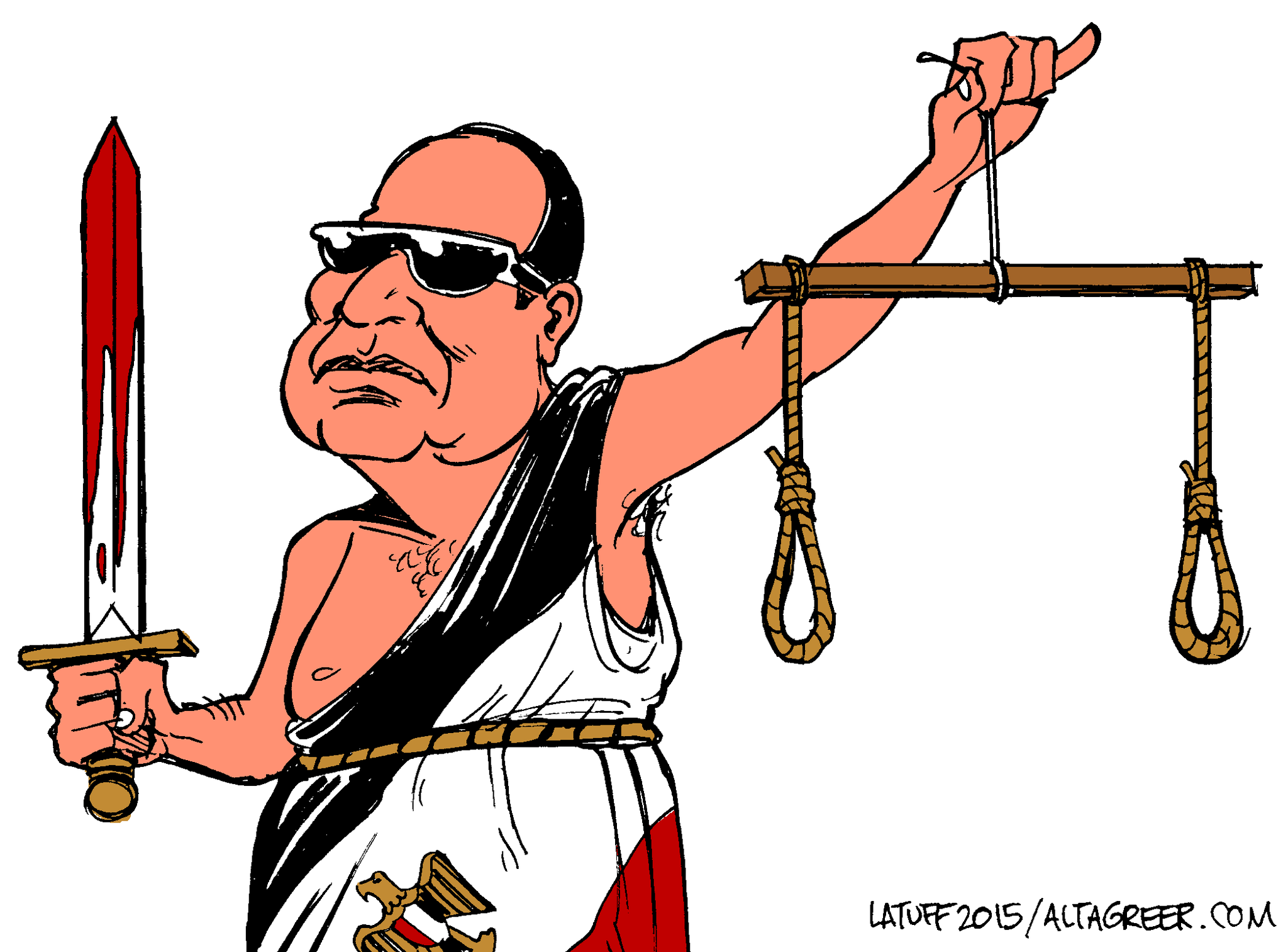 
Egypt was accused of making a savage assault on free speech on Sunday, after its cabinet drafted a law that criminalises the reporting of terrorism statistics that differ from those the government provides.
Under an article in the new terrorism law presented to the president for his final approval, journalists face at least two years in jail if they publish figures that contradict those that state institutions such as the army release.
The article concerned outlaws the intentional publication of “false news or data about any terrorist operations that contradicts the official statements released by the relevant authorities”.
The move follows the recent deadly attack by Islamic State’s Egyptian affiliate, in which the group narrowly failed to capture a town in a remote part of the Sinai desert, and killed a number of Egyptian soldiers. The army denied it had lost more than 17 men, and criticised foreign media outlets for reporting higher death tolls.
Officials built on that criticism with Sunday’s draft law, a lengthy text that also extends punishments for other terrorism-related charges.
Gamal Eid, the executive director of the Arab Network for Human Rights Information (ANHRI), a Cairo-based NGO, condemned the proposal, comparing it with the actions of the Nazis.
“We are faced with an article that pushes the media towards Goebbels’ media – the media of one opinion and one narrative,” he said. “It is against the freedom of press, especially press that is critical and professional.”
Egypt’s justice minister, Ahmed el-Zind, told Agence France-Presse: “There was no choice but to impose some standards. The government has the duty to defend citizens from wrong information … I hope no one interprets this as a restriction on media freedoms. It’s just about numbers.”
The law is the latest clash between the country’s increasingly authoritarian government and what remains of independent civil society. Since the army ousted the Muslim Brotherhood’s Mohammed Morsi from the presidency two years ago, the government has used the pretext of combatting a wave of militancy that has left hundreds of policemen and soldiers dead to unleash a wave of legislation that legal experts say is the most restrictive since the 1950s.
As a widespread wave of nationalism has taken hold, large swaths of Egypt’s state and private media have backed the government, but journalists who have questioned its direction have been targeted in the crackdown.Police have also arrested thousands of mainly Islamist opposition members,killed more than 1,000 protesters and curbed the activities of NGOs and political parties. After the assassination of Egypt’s chief prosecutor last week, President Abdel Fatah al-Sisi promised to limit prisoners’ right to an appeal, a pledge billed as an honest attempt to speed up the punishment of terrorists, but condemned by rights campaigners as a backdoor attempt to curb basic legal rights.
There are currently at least 18 journalists in Egyptian jails, a figure the Committee to Protect Journalists said last week represented an all-time high. Three al-Jazeera journalists accused of terrorism have been released on bail, but remain on trial. Last month the Cairo correspondent for El País, the leading Spanish broadsheet, fled the country after Spanish diplomats warned that he faced arrest.
Since Sisi’s government took power, officials have regularly criticised foreign journalists for reporting narratives that conflict with its own. In the latest example, the foreign ministry criticised the terminology that correspondents use to describe Isis, and instead suggested that the group be described with epithets such as “slaughterers, executioners, assassins, slayers, destroyers and eradicators”.