Do not speak, do not resist - Israel rules out non-violence 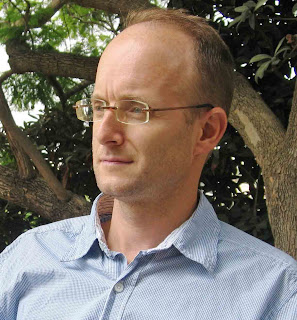 "It was an Arab legislator who made the most telling comment to the Israeli parliament last week as it passed the boycott law, which outlaws calls to boycott Israel or its settlements in the occupied territories. Ahmed Tibi asked: "What is a peace activist or Palestinian allowed to do to oppose the occupation? Is there anything you agree to?"

The boycott law is the latest in a series of ever-more draconian laws being introduced by the far-right. The legislation's goal is to intimidate those Israelis who have yet to bow down before the majority-rule mob.

Look out in coming days for a bill to block the work of Israeli organisations trying to protect Palestinian rights; and another draft law investing a parliamentary committee, headed by the far-right, with the power to appoint supreme court judges. The court is the only, and already enfeebled, bulwark against the right's ascendancy....

Israel's siege mentality asserted itself again days later as international activists staged another show of solidarity - this one nicknamed the "flytilla". Hundreds tried to fly to Israel on the same day, declaring their intention to travel to the West Bank.

Israel threatened airlines with retaliation if they carried the activists and it massed hundreds of soldiers at Ben Gurion Airport to greet arrivals. About 150 peaceful protesters who reached Israel were arrested moments after landing.....

Mr Netanyahu and the Israeli right appear to understand this point. They are carefully dismantling every platform on which dissident Israelis, Palestinians and solidarity activists hope to stage their protests. They are making it impossible to organise joint peaceful and non-violent resistance, whether in the form of boycotts or solidarity visits. The only way being left open is violence.

Is this what the Israeli right wants, believing it offers a justification for entrenching the occupation? By generating the very terror he claims to be trying to defeat, does Mr Netanyahu hope he can safeguard the legitimacy of the Jewish state and destroy hopes for a Palestinian state?"
Posted by Tony at 3:33 AM