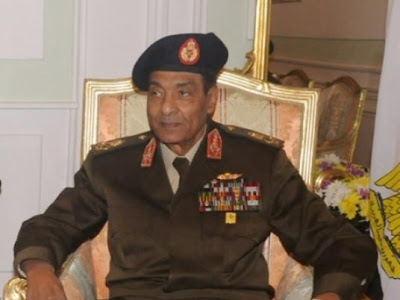 "Egyptian military police fired shots in the air and beat demonstrators blocking a main road in the Mediterranean city of Alexandria, witnesses said, in a move that could further sour relations between the army and civilians.

Friday's events were a rare display of violence in two weeks of largely peaceful protests in Alexandria, Cairo and Suez following a court decision to free on bail 10 policemen accused of killing protesters during the uprising that overthrew President Hosni Mubarak in February.

Witnesses told the Reuters news agency that the clash in Alexandria erupted after hundreds of protesters blocking the coastal road near the army's northern command headquarters refused to leave the area.

Police fired shots in the air and charged demonstrators who responded by hurling stones at them.

"The military police are firing in the air. They are also beating protesters with batons and kicking them hard," a witness said....

The standoff continued into the early hours of Saturday, also blocking traffic at a busy square across the city from Tahrir square.

Many protesters have grown mistrustful of the military, accusing it of dragging its feet in bringing former regime officials to trial.

More than five months after mass street demonstrations drove Mubarak from power, many Egyptians worry that their "revolution" has stalled....."
Posted by Tony at 8:28 PM