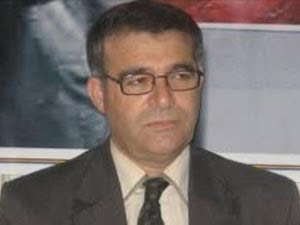 "The assassination of a prominent Kurdish minority leader in Syria may be a dangerous turning-point in the authorities’ crackdown on protests that have swept the country since March, Amnesty International said today.

Mesh’al al-Tammo, the spokesperson of the Kurdish Future Current party and a founding member of Syria’s new opposition National Council, was shot dead last Friday by unidentified gunmen in Qamishly, near Syria’s border with Turkey.

One of his sons, Marcel, and Syrian Kurdish woman activist Zaheda Rashkilo were critically injured in the attack, which took place at the house of a friend of Mesh’al al-Tammo.

“This was a cold-blooded murder and those who committed this dreadful crime must be identified and brought to justice,” said Malcolm Smart, Amnesty International’s Director for the Middle East and North Africa.

“If the Syrian government or its agents were responsible, this killing may herald a dangerous escalation in the brutal repression unfolding in Syria.”

Syrian activists accuse the Syrian authorities and say Mesh’ al al-Tammo was targeted because of his leading role in mobilising the Kurdish minority to join anti-government protests...."
Posted by Tony at 7:04 AM