Declaration of a Bantustan in Palestine 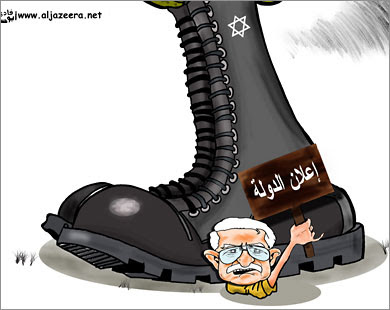 If the PLO's UN statehood bid succeeds, it will lead to increased Israel control, not real independence.

Haidar Eid
(An associate professor at Al-Aqsa University in Gaza)

"....Just as the Oslo Accords signified the end of popular non-violent resistance of the first intifada, this declaration of independence has a similar goal, namely ending the growing international support for the Palestinian cause since Israel’s 2008-2009 winter onslaught on Gaza and its attack on the Freedom Flotilla last May.Yet it falls short of providing Palestinians with the minimal protection and security from any future Israeli attacks and atrocities. The invasion and siege of Gaza was a product of Oslo. Before the Oslo Accords were signed Israel never used its full arsenal of F-16s, phosphorous bombs, and DIME weapons to attack refugee camps in the Gaza and the West Bank. Over 1,200 Palestinians were killed from 1987-1993 during the first intifada. Israel eclipsed that number during its three-week invasion in 2009; it managed to brutally kill more than 1,443 in Gaza alone. This does not include the victims of Israel’s siege in place since 2006, which has been marked by closures and repeated Israeli attacks before the invasion of Gaza and since.

Ultimately, what this intended “declaration of independence” offers the Palestinian people is a mirage, an “independent homeland” that is a Bantustan-in-disguise. Although it is recognised by so many friendly countries, it stops short of providing Palestinians freedom and liberation. Critical debate - as opposed to one that is biased and demagogic - requires scrutiny of the distortions of history through ideological misrepresentations. What needs to be addressed is an historical human vision of the Palestinian and Jewish questions, a vision that never denies the rights of a people, that guarantees complete equality, and abolishes apartheid - instead of recognising a new Bantustan 17 years after the fall of apartheid in South Africa."
Posted by Tony at 3:46 AM