Dropping of the last mask of democracy 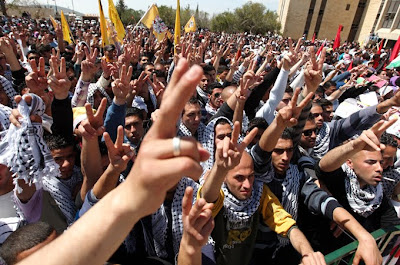 ""You should definitely postpone your book launch in Jerusalem," warned a close friend who felt that the planned event for launching my recently published book on the Palestinian-led movement for boycott, divestment, and sanctions (BDS) against Israel might be too risky in light of the recently passed Israeli law that effectively bans support for the thriving boycott movement. At the packed bookshop-cafe in occupied East Jerusalem last Thursday, however, the engaged and Italian-coffee scented atmosphere was almost jubilant, as if declaring a collective defiance of Israel's latest draconian measure.

Much controversy has arisen since the Israeli parliament passed legislation that would effectively criminalise support for any boycott against Israel or its institutions, under threat of heavy penalties and worse, without the need to prove "guilt". Dozens of Israeli civil society organisations and leading legal scholars, including many opposing the boycott, have resolutely opposed this exceptionally authoritarian law on diverse grounds, ranging from the most principled to the downright pragmatic....

If Palestinian activists learned anything from the South African struggle it is that the darkest moment is that that precedes dawn. In an ironic way, this new Israeli law may be a harbinger for that darkest moment, with no masks or pretence, and then we see the light of freedom and justice."
Posted by Tony at 8:11 AM