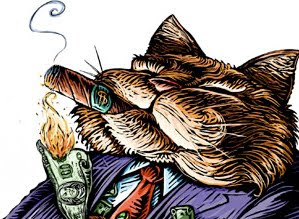 "Anyone who characterizes the deal between the President, Democratic, and Republican leaders as a victory for the American people over partisanship understands neither economics nor politics.

The deal does not raise taxes on America’s wealthy and most fortunate — who are now taking home a larger share of total income and wealth, and whose tax rates are already lower than they have been, in eighty years. Yet it puts the nation’s most important safety nets and public investments on the chopping block.

It also hobbles the capacity of the government to respond to the jobs and growth crisis. Added to the cuts already underway by state and local governments, the deal’s spending cuts increase the odds of a double-dip recession. And the deal strengthens the political hand of the radical right....."
Posted by Tony at 7:21 AM