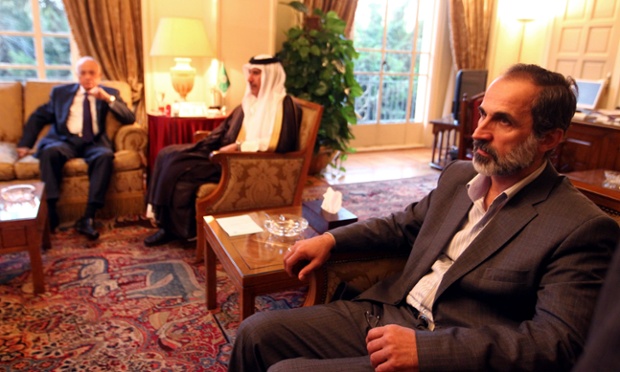 Let's hold off on the cynism a bit Tony ,
He is a good person from what I read and heard about him , best possible option we have now

When I see all the enthusiasm for this man expressed by Britain, France, Germany, the US and the Gulf Cooperation Council, my instincts tell me that there is something very fishy being cooked. I do not like the smell of it.

Sometimes a cigar is just a cigar.
The enthusiasm is not because he is a puppet but because the world realized getting rid of Assad is the right thing to do and the sheikh can unite without alienating the Muslim majority . Attacking the coalition pre emptively is very angry Arab , let's give them time ;)
Zarathustra