The Israeli documentary putting military rule in Palestine on trial 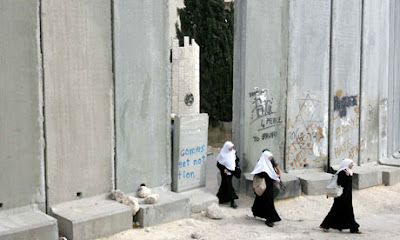 
"The Law In These Parts, an Israeli documentary awarded this year's Sundance World Cinema Grand Jury prize, examines how the country created a military-legal system to control the Palestinians in the lands Israel occupied in 1967. And at some point during the film, it becomes clear that it's the judges who are on trial. The documentary, which just screened as part of the UK Jewish Film Festival, features forceful archive footage, alongside a line-up of Israeli legal experts, explaining how they made Israel's occupation laws.


Each judge sits in a black leather chair at a heavy wooden desk intended, you might first assume, to evoke a serious courtroom. But then, each is quietly interrogated by the film's narrator; asked to explain the military rule that they created. Why did Israel even need hundreds of new laws for occupied Palestinians? What was wrong with the existing legal system? Because Israeli law, one judge says, can only be applied if you give citizenship to the Palestinian population. Why aren't Palestinian fighters described as "prisoners of war"? Why are Palestinians attempting to enter Israel labelled as "infiltrators"?......."
Posted by Tony at 4:39 AM