Israel must end its provocations and cycles of retaliations if it ever wants to achieve peace. 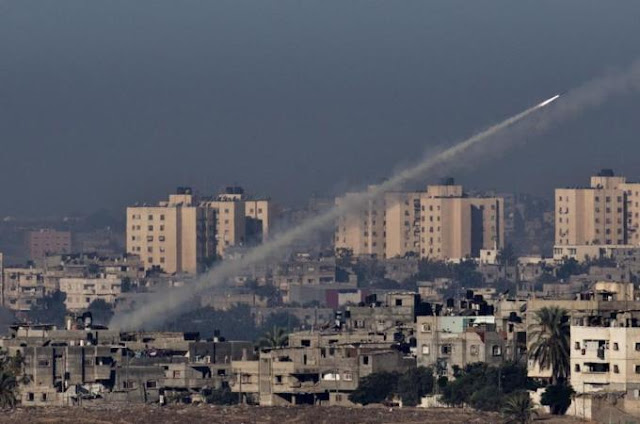 "Watching the escalation in Israel/Palestine and the preparations for a possible all-out assault on the Gaza Strip, one hears many insightful and original commentary. Alas, when it's original it's usually inaccurate, and when it's right it's hardly new. Netanyahu, like his predecessors, is using the assassination of Hamas's leader Ahmad Jabari and subsequent escalation to undermine the Palestinian leadership's (Hamas and Fatah's) political standing and improve his own political chances, by underlining Israel's national security over economic security as the core issue preoccupying the nation, ahead of the elections.

To make the point, here's a piece I published six years ago titled, "Mideast: End the cycle of retaliation", with minor changes of dates, names etc. As they continue to repeat themselves tirelessly and recycle the same claims, I shall repeat my analysis......"
Posted by Tony at 7:43 AM

Hi, I think your site might be having browser
compatibility issues. When I look at your blog site in Ie, it looks fine but when opening in Internet Explorer, it has
some overlapping. I just wanted to give you a quick heads
up! Other then that, terrific blog!
My page - hot penny stocks to watch

Howdy, There's no doubt that your site might be having browser compatibility issues. When I take a look at your web site in Safari, it looks fine however, when opening in IE, it's got some overlapping issues.
I simply wanted to provide you with a quick heads up! Apart from that, fantastic blog!
My homepage ... awsr

This is my first time visit at here and i am in fact
happy to read all at single place.
Also see my web site - a retirement calculator & roth ira retirement planning a traditional Individual retirement account (traditional ira) presents both tax ... scottrade has interactive ira comparison calculators...

Valuable information. Fortunate me I found your web site
by accident, and I am shocked why this twist of fate did not came about in advance!
I bookmarked it.
My blog post - affiliate marketing