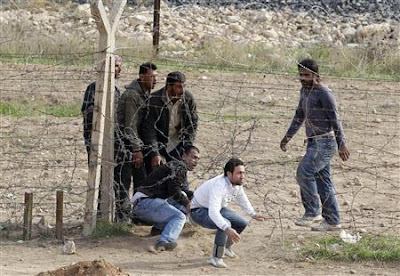 "The figure they are using is 2.5 million. If anything, they believe it could be more, this is a very conservative estimate," Melissa Fleming, chief spokeswoman of the U.N. High Commissioner for Refugees (UNHCR), told a news briefing in Geneva.

"So people are moving, really on the run, hiding. They are difficult to count and access," she said.
The United Nations said on Friday that up to 4 million people inside Syria will need humanitarian aid by early next year when the country is in the grip of winter, up from 2.5 million now whose needs are not fully met......"
Posted by Tony at 4:06 AM

Great blog here! Also your website loads up very fast! What host are you using?
Can I get your affiliate link to your host? I wish my website loaded up as fast
as yours lol

Feel free to surf to my blog :: Dayton Moving