The challenge to the empire 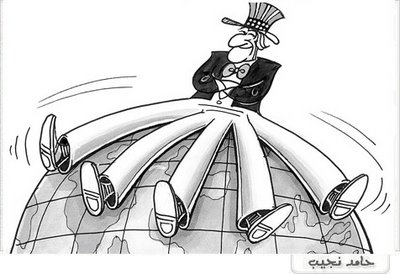 by Tariq Ali
and Anthony Arnove

Tariq and Anthony answered Socialist Worker’s questions about the development of a challenge to the U.S. empire--most directly with Venezuela’s Hugo Chávez, but evident in the opposition in every corner of the globe to American imperialism.

AFTER HUGO Chávez’s United Nations (UN) speech in September, the U.S. media either denounced him or treated him with derision. Does Chávez deserve to be dismissed as a madman?

WHY DO you think the U.S. political establishment views Chávez as a threat?

CHÁVEZ CRITICIZED the U.S. for waging war in the name of democracy, but imposing the opposite. Can you talk about that?

DO YOU think the difficulties U.S. imperialism faces in its different wars--Iraq, Afghanistan, Lebanon--relate to the fundamental injustice of the imperialist project?

THE DEMOCRATS have restricted their criticism of the Bush administration’s wars mainly to tactics--for example, Rep. John Murtha’s plan for “redeployment” in Iraq representing a different strategy, rather than the end of the occupation. Is that enough?

WHY DO you think the antiwar movement--most obviously here, but internationally--hasn’t advanced further?

CHÁVEZ SAID in his UN speech that the world was “waking up” and “rising up against the empire.” What do you think is needed for this resistance to truly deal a blow to imperialism?

Read The Answers of Both Tariq Ali and Anthony Arnove to These Questions Here
Posted by Tony at 7:40 AM