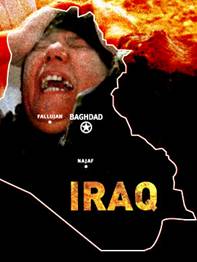 "The Baker group's influence over President Bush's thinking may not be strong, but the US administration's nerve is beginning to crack.

Calling for "a lower ambition" about what can now be achieved, Gen Dannatt exposed the truth that there is now no simple job that can be completed in Iraq. Whenever they go, British troops will be retreating from their mission, not completing it. That unhappy outcome will not bring security to Iraq. But the prime minister's insistence that security and a functioning democracy are likely prospects, and that Britain and the US are succeeding in establishing them, is looking more threadbare by the day. Once, the prime minister's rhetorical magic could persuade others. Now, on Iraq, Mr Blair is the only person who still appears to be seduced by the illusion that he has created."
Posted by Tony at 4:49 AM