The Disneyfication of war allows us to ignore its real savagery 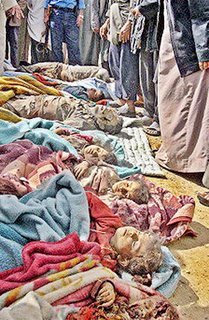 "Most of our memorials sentimentalise war. Few commemorate the horror. But now we have a new category whose purpose seems to be to trivialise it.
Last week a vast bronze sculpture was unveiled in Montrose, on the east coast of Scotland, by Prince Andrew. It depicts a hero of the second world war, wearing a seaman's cap, who was decorated with "the equivalent of the George Cross". It's a bit late, perhaps, but otherwise unsurprising - until I tell you that the hero was a dog. The statue depicts a St Bernard called Bamse, which reputedly rescued two Norwegian sailors. It is the latest manifestation of the new Cult of the Heroic Animal.

The Imperial War Museum in London is currently running an exhibition called The Animals' War. It features stuffed mascots, tales of the "desperate plight" of 200 animals trapped by the fighting in Iraq, and photos of dogs wearing gas masks. It tells us about the "PDSA Dickin medal - the animals' Victoria Cross", which has been awarded to 23 dogs, 32 pigeons, three horses and one cat for "acts of conspicuous gallantry and devotion to duty in wartime". The museum resounds with cries of "aaah!" and "how sweet!". War is now cute.

But the emphasis given to animals' suffering in war highlights a failure to acknowledge the suffering of human beings. The tableau in Park Lane carries the justifying motto: "They had no choice." Nor did the civilians killed in Iraq, the millions of women raped over the centuries by soldiers, or the colonial subjects who died of famine or disease in British concentration camps. You would scour this country in vain for a monument to any of them.

So what is going on? What is so appealing about these memorials to the members of the royal family who agreed to unveil them, to the crowds who have packed the new exhibition, and to the rightwing multimillionaires who financed the giant tableau? Why, when the war we started in Iraq appears to have killed hundreds of thousands of human beings, have we become obsessed by the non-human victims of conflict?

I'm not sure, but the last panel in the Imperial War Museum's exhibition offers a possible explanation. It reproduces the inscription on a monument erected by the British in Port Elizabeth, South Africa, raised to commemorate "the animals that died in the Anglo-Boer War, 1899-1902". This was a war of almost unprecedented brutality in which the British beat the Boers by burning down their homes and herding them into the world's first large-scale concentration camps, where more than 40,000 people died. "The greatness of a nation," the inscription says, "consists not so much in the number of its people or the extent of its territory, as in the extent and justice of its compassion."

This is a worthy index, on which Britain would have been placed close to the bottom, unless we were judged by our compassion - or sentiment - for animals. These monuments, perhaps, permit us to see ourselves as kind people, even as unspeakable acts are committed on our behalf."
Posted by Tony at 5:23 AM