HERE IS A COMPELLING EXPLANATION FOR THE SPIKE IN US CASUALTIES IN IRAQ DURING OCTOBER:
THE FATALITIES IN CAMP FALCON WERE COVERED UP!

""US occupation forces are accusing Iraqi translators of leaking information on the location of arms and ammunition depots in the Falcon military base (Al-Rashid military base) to the resistance.
“We are sure that two Iraqi translators working with US forces leaked information and gave the base altitudes to the resistance. There are also doubts that a third interpreter had left the base one day before the bombing only and did not join again”.
The Iraqi source, who refused to reveal his identity, said that dozens of American soldiers were killed in those explosions. The source pointed out that six Iraqi translators were killed in those explosions. American forces refused to hand over the bodies of the dead Iraqis to their families without giving reasons."
Ammo Dump Explosions Investigation Ocotber 16, 2006

Who needs translators when there are Google Maps?

There are emailed reports, yet to be confirmed, that the number of dead American soldiers at Al-Rashid military base (camp Falcon) has reached 300. See below pictures on the extent of some of the devastation there as a result of just a few Grad and Katyusha rockets (cost: no more than $300 - Effect: estimated at $billions of munitions, structures and American lives wasted)." 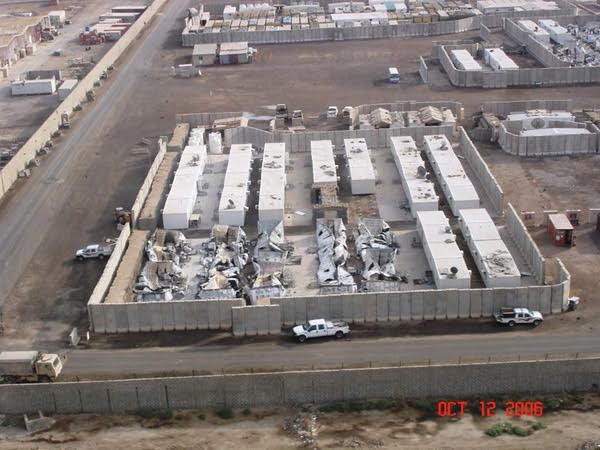 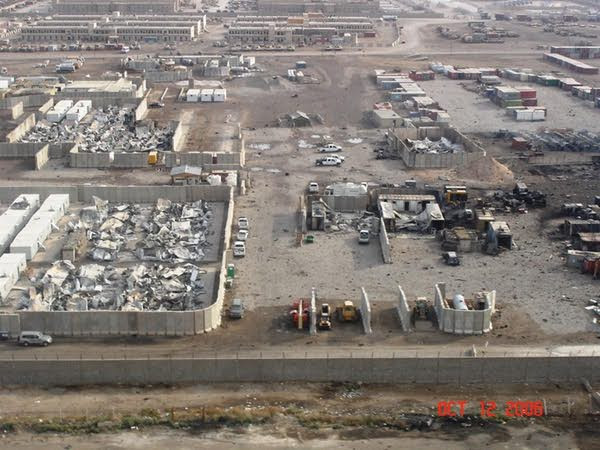 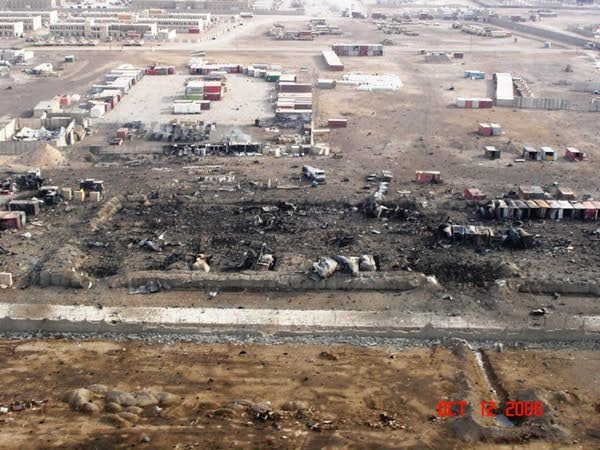