The holocaust gang and Ahmadinejad 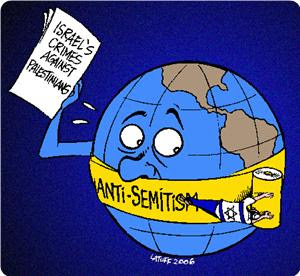 A few years later, a former American senator, Paul Findley wrote a book detailing how Jewish pressure groups were blackmailing American politicians and institutions into supporting Israel and her colonialist policies in Palestine.

And now we have Professors Mearsheimer’s and Walt’s book “The Israeli Lobby and US Foreign Policy” which explains in meticulous details how this Zionist snake is controlling American Foreign Policy by controlling domestic American politics.

In short, Ahmadinejad is not inventing anything. What he said with regard to Israel and Zionism at the UN last week could have been said by Carter or Paul Findley or any other honest observer of the American political scene for the past few decades.

Yes, the tone of his speech may have been sharp and a little provocative, but there is no doubt as to the veracity of he said."
Posted by Tony at 3:08 AM