An urgent call for aid 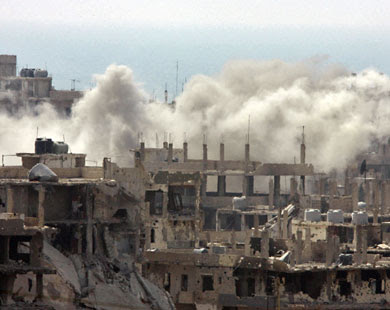 More than 90% of funds pledged towards short-term relief for Nahr el Bared in Lebanon have come from the West. Where are the Arab donors?

"In Beirut on September 11, before 22 diplomatic missions, the government of Lebanon and United Nations Relief and Works Agency (UNRWA) launched an appeal for short term relief for some 30, 000 Palestinian refugees displaced by the fighting last year at the Nahr el Bared camp in northern Lebanon. Egypt was the only Arab mission that attended besides the hosts, Lebanon. From UNRWA's Islamic Conference donors, only Iran was present.

UNRWA was appealing for nearly US$43m to address the immediate and urgent needs, such as food and shelter, of some of the most disadvantaged people in the Middle East. Not only were their homes destroyed last year, not only did they flee in fear for their lives, not only did they lose almost all of their possessions, but they are also now, in the month of Ramadan, facing the threat of hunger and homelessness.....

Sadly this is part of a pattern. Luxembourg donates more than any Arab government to UNRWA's regular budget, while Norway gives more to the same budget annually than all Arab governments combined.

I hesitate to ask, and I do so only because the refugees are suffering: where are the Arab donors in the face of the alarming reality that will soon be upon us?....

This is yet another reason why I am now compelled, as a Palestine refugee from Lebanon myself, to renew my strong support for the appeal made earlier in September for the displaced refugees of Nahr El Bared. This situation is unprecedented in the recent history of UNRWA. We must do everything possible to avoid the agency being forced by financial necessity to make thousands of Palestine refugees homeless yet again."
Posted by Tony at 3:21 AM