When it comes to Palestine and Israel, the US simply doesn't get it 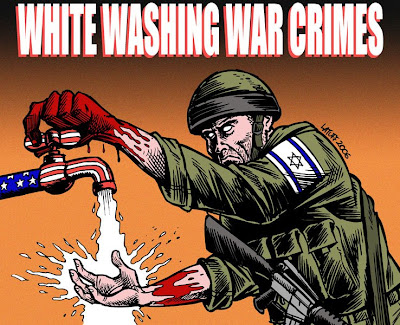 "Palestinians ceased to exist in the United States on Thursday night. Both Joe Biden and Sarah Palin managed to avoid the use of that poisonous word. "Palestine" and "Palestinians" – that most cancerous, slippery, dangerous concept – simply did not exist in the vice-presidential debate. The phrase "Israeli occupation" was mercifully left unused. Neither the words "Jewish colony" nor "Jewish settlement" – not even that cowardly old get-out clause of American journalism, "Jewish neighbourhood" – got a look-in. Nope.

Those bold contenders of the US vice-presidency, so keen to prove their mettle when it comes to "defence", hid like rabbits from the epicentre of the Middle East earthquake: the existence of a Palestinian people. Sure, there was talk of a "two-state" solution, but it would have mystified anyone who didn't understand the region.

There was even a Biden jibe at George Bush for pressing on with "elections" – again, the adjective "Palestinian" went missing – that produced a Hamas victory. But Hamas appeared to exist in never-never land, a vast landscape that gradually encompassed all the vast and black deserts that stretch, in the imagination of US politicians, from the Mediterranean to Pakistan......

Israelis deserve security. But where were the promises of security for Palestinians? Or the sympathy which Americans would immediately grant any other occupied people? Absent, needless to say. For we must gird ourselves for the next struggle against world evil in Pakistan.....

But it's the same old story. All we have learned in America these past two weeks, to quote Joan Littlewood's Oh! What a Lovely War, is that the war goes on."
Posted by Tony at 8:43 AM