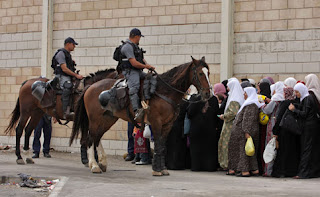 Savera Kalideen and Haidar Eid, The Electronic Intifada, 2 October 2008
(Savera Kalideen is a South African solidarity activist, Haidar Eid is a boycott, divestment and sanctions (BDS) and one-state activist based in Palestine)

We have all watched as the results of the 2006 elections in Palestine have been denied legitimacy by the international community and the Palestinian people collectively punished for their temerity in choosing their own leaders. South Africans had to wait 27 years for their chosen leader and political party to be free to lead them; during those long years they rejected all false leaders that were foisted on them even when these quislings were celebrated by the likes of Margaret Thatcher and Ronald Reagan. As recently as 1987, Thatcher was confident enough to say that "Nelson Mandela would never be the president of a free South Africa."