The Illusions of Hamas About France's Role! Is Hamas Copying (without thinking) Syria's Illusions? 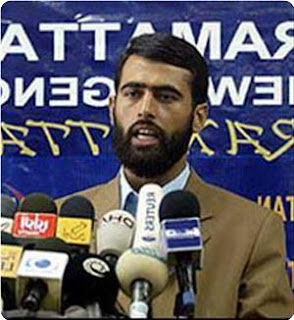 "GAZA, (PIC)-- Hamas lawmaker in the Palestinian legislature MP Mushir Al-Masri said on Friday that his Movement stresses the importance of the French role in the Middle East, but he criticized the "incomplete" visit of French foreign minister Bernard Kushner to occupied Palestine.

"This is an incomplete visit", Masri said about the visit of Kushner to the occupied Palestinian territories on Friday, explaining that the French official was meeting those "who appointed themselves as representatives of the Palestinian people without a mandate from the people", which would make his visit fruitless.

"If the French want this visit to be fruitful, then they should meet with all concerned parties", the Hamas's official added.

However, Masri stressed the crucial role of France in the Middle East, and that his Movement was keen on making that role successful.

He underlined, "France has its history, place, and weight in the political equation, and thus, it is capable of playing a positive role in the region, and in the Palestinian arena in particular away from the American influence and dominance, and we [in Hamas] are concerned to see a balanced French role where France should stand the same distance from the Palestinians and the Israelis".

According to Palestinians and Israeli sources, Kushner is expected to meet high-ranking PA and Israeli officials in order to discuss the PA-Israeli negotiations, especially on the points of the final status issues."
Posted by Tony at 5:13 AM