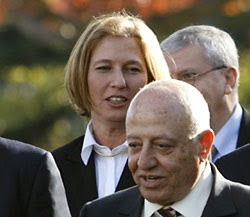 "14/08/2009 Fatah appeared to be in turmoil on Thursday as a large number of its top representatives questioned the credibility of the elections that were held earlier this week for the faction's Central Committee.

Former Palestinian Authority Prime Minister Ahmed Qurei (Abu Ala) dropped a bombshell when he announced massive forgery in Fatah elections. Qurei, who failed to be reelected to the Central Committee, said that there was growing discontent in Fatah over the alleged fraud. "There are many big question marks about the election, the way it was conducted and the way the votes were counted," Qurei told the London-based Al-Quds Al-Arabi newspaper. "There were behind-the-scenes arrangements that removed some names and added others to the [winning] list." 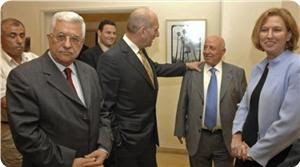 Pointing out that three of the candidates who were elected were former security commanders who used to work closely with Israel, Qurei asked: "Was it by coincidence that these men won?" He said that the election of these candidates - Jibril Rajoub, Muhammad Dahlan and Tawfik Tirawi - showed that "someone wants to see rubber stamps" among the Fatah leadership. "This is a harsh and difficult phase and there are offers for a temporary state without Jerusalem and the refugees," Qurei said. "Apparently there are some people who have taken this into consideration."....."
Posted by Tony at 3:36 AM