The Latest From Habila and Other Incompetents of Hamas 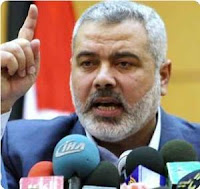 "GAZA, (PIC)-- Palestinian premier Ismail Haneyya on Monday stressed the need for stopping the policy of torture taking place in West Bank jails which lead from time to time to the death of Hamas prisoners as a result of the torture inflicted on them.

Premier Haneyya told a group of journalists that such practices would escalate disputes and hatred between Palestinian families [Such revolutionary vision, such insight, such decisiveness, ......Barf!] and would destroy the national dialog efforts......." 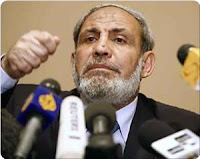 "CAIRO, (PIC)-- MP Dr. Mahmoud Al-Zahhar, political bureau member of Hamas Movement, has asked the Arab League to swiftly intervene to end the political detention phenomenon in the West Bank. [The "Arab" League? What Arab League? Why not ask Benjamin Netanyahu instead, Dr. Zahhar? What an incompetent fool!]

Zahhar told a press conference in Cairo on Monday after a meeting with Arab League secretary general Amr Mousa that his Movement asked Egypt to call for preliminary meetings with Fatah faction before the next round of dialog scheduled on 25/8/2009.[How is that "dialog" going Dr. Zahhar? Now that there is a "new" Fatah, you can carry on with that farce for another year! Hey, you get to go to Cairo and visit relatives while you are there.] ......"
Posted by Tony at 6:24 PM