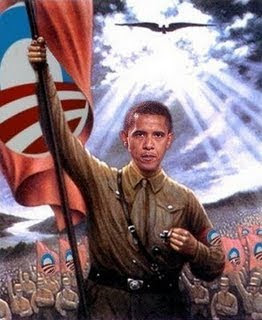 The Celente thesis: war as the "solution" to economic depression

"An American president is launching the most ambitious, the most expensive, and certainly the most dangerous military campaign since the Vietnam War – and the antiwar movement, such as it is, is missing in action. After a long and bloody campaign in Iraq and the election of a U.S. president pledged to get us out, our government is once again revving up its war machine and taking aim at yet another "terrorist" stronghold, this time in Afghanistan. Yet the antiwar movement’s motor seems stuck in the wrong gear, making no motions toward mounting anything like an effective protest. What gives?........

It is said that FDR’s New Deal didn’t get us out of the Great Depression, but World War II did. The truth is that, in wartime, when people are expected to sacrifice for the duration of the "emergency," economic problems are anesthetized out of existence by liberal doses of nationalist chest-beating and moral righteousness. Shortages and plunging living standards were masked by a wartime rationing system and greatly lowered expectations. And just as World War II inured us to the economic ravages wrought by our thieving elites, so World War III will provide plenty of cover for a virtual takeover of all industry by the government and the demonization of all political opposition as "terrorist."......."
Posted by Tony at 9:03 AM