Cleaning up explosives in Gaza 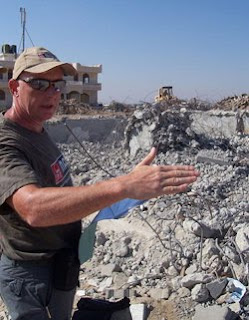 More than six months later, the most deadly threat to civilians emanates from unexploded ordnance (UXO) in rubble and underground. Falling rubble and hazardous material, including UXO, have killed 17 and injured at least 25 Palestinians, mostly children, since the invasion ended on 18 January, according to UNDP in Gaza.......

In addition to private homes, hundreds of other targets, including 700 private factories and more than 100 public buildings, were damaged or destroyed during the operation, said al-Kharouby."
Posted by Tony at 4:14 AM