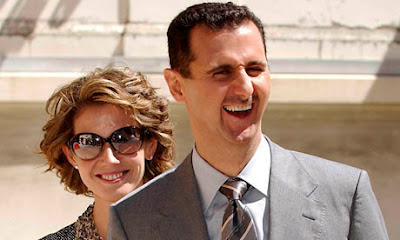 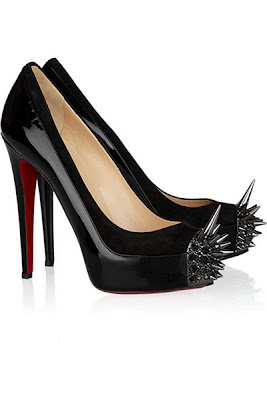 UK-born Asma al-Assad, who apparently shopped for luxury goods during the brutal Syrian crackdown, to be added to official sanctions list

"Asma al-Assad, the British-born wife of Syria's president whose luxury shopping sprees during the regime's brutal crackdown on internal dissent were revealed by the Guardian last week, is set to be added to an EU sanctions list targeting the country.
The 36-year-old former banker, who grew up in Acton, west London, will be among a number of Assad family members formally placed on the list when foreign ministers from the bloc gather in Brussels on Friday, an EU official said, speaking anonymously.
Last week, a cache of what appear to be private emails from the Syrian president, Bashar al-Assad, his wife and other members of their inner circle, obtained by the Guardian showed Asma al-Assad busy buying luxury goods from London and Paris, including jewellery, a £2,650 vase and £10,000 worth of candlesticks, tables and chandeliers.
"Asma al-Assad and several other family members will be added to the sanctions list later at the meeting of the Foreign Affairs Council, part of efforts to maintain the pressure on the Syrian government," the official said, adding that there would be no announcement before Friday......"
Posted by Tony at 4:06 AM