Russia: Selective Use of Syria Findings 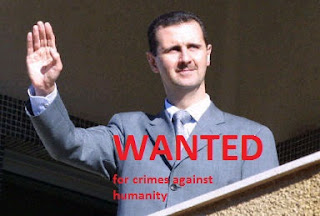 In its March 22, 2012 statement, Russia’s Ministry of Foreign Affairs expressed its “deep concern” over human rights violations committed by armed groups affiliated with the Syrian opposition, extensively citing an open letter on this issue published by Human Rights Watch. Human Rights Watch also learned that Russian diplomats used the open letter in informal Security Council discussions on March 22 in an attempt to equate the violence by both sides.....

...... The selective use of the findings, however, causes serious concern.

Since the beginning of the protests in Syria, Human Rights Watch has produced over 60 publications, including three extensive reports, on human rights violations by Syrian government forces. These publications contain detailed documentation of widespread and systematic abuses, including killings of peaceful protesters, shelling of residential neighborhoods, large-scale arbitrary detention and torture, “disappearances,” executions, denial of medical assistance, and looting.
Human Rights Watch concluded that that some of these violations constitute crimes against humanity and repeatedly called for an end to abuses and accountability for the perpetrators. Human Rights Watch presented the findings directly to the Russian Ministry of Foreign Affairs, urging Russia to use its strong bilateral relations with the Syrian government as well as its weight in the international arena to put an end to government abuses.

None of these findings have been ever acknowledged by Russian officials.

Instead, despite overwhelming evidence of egregious crimes committed by the Syrian security forces, Russia provides diplomatic and military support to Bashar al-Assad’s government and has repeatedly blocked international action aimed at stopping the violations and bringing those responsible for these crimes to justice......
Russia should not pick and choose. If it relies on Human Rights Watch’s findings to support its condemnation of abuses by the Syrian opposition, it should pay equal attention to the extensive documentation of violations by government forces and support international efforts to stop those violations."
Posted by Tony at 4:12 AM