France is a deeply racist country, and Toulouse will only make that worse 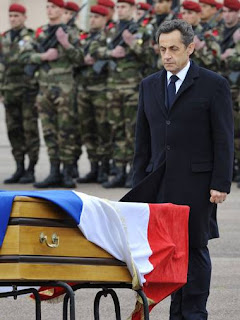 The French have transferred their resentments from Jews to Arabs

"Barely had Mohammed Merah leapt from his bathroom widow in Toulouse yesterday, still blasting away with his gun, than politicians and experts were analysing just what it might mean for the President and the other candidates in the coming election.

It's unseemly. It's obscene. It has precious little to do with the facts of the case, the question of religion or the future of society in France. But it is what politics is now about, as much in France as the US.

And, of course, it does matter in electoral terms. Think back only two days when the gunman was thought to be a man of the extreme right, very probably a dismissed soldier, who was as eager to take his revenge on Muslims and blacks as Jews. Then it seemed as if the loser might be Marine Le Pen, the leader of the National Front, and the question was whether Sarkozy could draw some of her support to him or whether the Socialists, under Francois Hollande, would reap the benefit.

Once the assassin was fingered as a Muslim with allegedly al-Qa'ida connections, however, the whole focus changed. Now it is Le Pen, despite the halt to campaigning during this time, who is on the offensive again with a rallying call to "fight this war against these politico-religious fundamentalists who are killing our Christian children, our young Christian men", and Sarkozy, already tacking hard to the right, who is caught trying to catch up......"
Posted by Tony at 4:02 AM