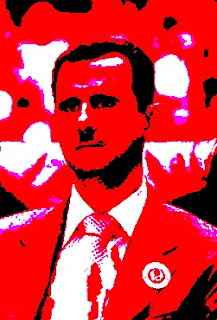 Ten civilians fleeing to Turkey on a bus among dozens killed, as violence rages despite Security Council statement.

"Fierce clashes have raged across Syria despite a UN Security Council peace call, with 10 civilians on a bus trying to flee to Turkey among at least 26 people killed, monitors and activists said.

The AFP news agency reported that the bus, with women and children on board, was attacked near the town of Sermin in the northwestern province of Idlib on Thursday. There have also been unconfirmed reports of deadly clashes in Damascus, Latakia, Homs and Hama.

The escalation in violence came just hours after the Security Council passed a statement urging President Basha al-Assad and his foes to implement "fully and immediately" a peace plan by joint UN-Arab League envoy Kofi Annan......

But the Syrian National Council, Syria's main opposition group, said the UN statement will simply give the government more time to continue killing its own people.

"Such statements, issued amid continued killings, offer the regime the opportunity to push ahead with its repression in order to crush the revolt by the Syrian people," said Samir Nashar, a member of the council's executive committee....."
Posted by Tony at 7:18 AM