For French Muslims, this horror only makes matters worse 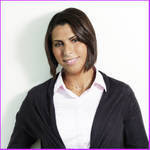 "....Extremist rhetoric underpinned by policies designed to stigmatise will attract disillusioned nationalist voters in the race for the Elysée Palace, but they ignore the real problems facing Muslim communities in modern France: those of discrimination and underachievement. Yes, there are thousands of young men with the same Algerian background as Mohamed Merah, but that does not make them all murderous criminals. Many are the sons of immigrants forced to leave a North African country crippled by 132 years of colonial exploitation. It is now exactly half-a-century since the end of the Algerian War of Independence – one in which up to 1.5 million died and which opened huge divisions between aggrieved survivors. The legacy of hatred between expats forced to return to France and the Algerian economic migrants who joined them burns with a uniquely Gallic ferocity.

Such discord was exacerbated by Mr Sarkozy last month when he said that France would "not repent" for what went on during the war, even though close to 2.5 million Algerians live in the Republic today. They not only form the largest Muslim community, but for the most part still live in those marginalised urban estates which rose out of their forebears' refugee camps. Life has traditionally been hard for all French Muslims, but the kind of images which have been coming out of Toulouse over the past fortnight will make it even worse."
Posted by Tony at 4:12 AM