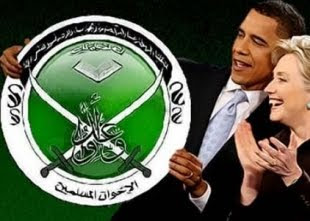 "(Reuters) - Egypt and Israel are coordinating on Cairo's biggest security sweep in decades against militants in Sinai, in which 32 people have been killed, an army spokesman said on Saturday, the first clear statement on communication between the neighbors.

Israeli officials have privately voiced concern about heavy military equipment being sent to Sinai, which is subject to restrictions on the deployment of weapons under the 1979 peace treaty between Egypt and Israel.

Colonel Ahmed Mohamed Mohamed Ali told a news conference in Cairo that 32 "criminal elements" were killed and 38 suspects arrested, including non-Egyptians, during the operation which began on August 7.

"Egypt is coordinating with the Israeli side over the presence of Egyptian armed forces in Sinai. They know this.

"The deployment of the armed forces on all the territory of Sinai is not a violation of the peace treaty between Egypt and Israel," he said....

The Egyptian military is replacing some of its heavy tanks in Sinai with light armored vehicles, security sources said this week.

But Ali rejected the idea that Egypt was pulling out its heavy equipment in response to pressure from Israel. He said the operation was entering a new phase that required different equipment.

"The military operation is in the interest of all sides," he said.

Asked whether Egypt was coordinating with the United States over Sinai, Ali said: "Cooperation between Egypt and the U.S. is strategic, long-standing and goes beyond simple military operations......"
Posted by Tony at 11:34 AM