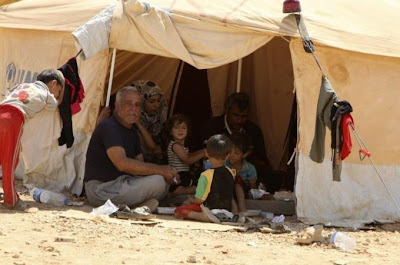 The UN says more than 100,000 people fled their country in August - the highest monthly total since the uprising began.

Melissa Fleming, spokeswoman for UNHCR, said on Tuesday in Geneva, Switzerland, the rise in people seeking asylum in neighbouring countries brings the total of Syrian refugees registered or awaiting registration with her agency to 234,368 as of September 2.

"When you do the math, it's quite an astonishing number," she said.

In Aleppo, supplies are said to be dwindling, with access to parts of the city described as impossible.

Activists say about 5,000 people were killed in August, the highest toll in the 17-month old uprising and more than three times the monthly average.

Turkish authorities says they have taken in 80,000 refugees, while Jordan says up to 183,00 Syrians have entered their country since the conflict egan in February 2011.