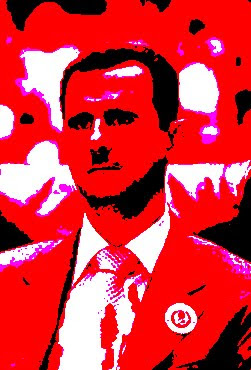 In northern Syria, 18 bodies were found in the rubble of a house bombed by a Syrian warplane in the rebel-held town of al-Bab and 13 more are missing, an opposition watchdog group said.

Bulldozers backed by combat troops demolished buildings in the poor Tawahin district, near the Damascus-Beirut highway, activists and residents said.

"They started three hours ago. The bulldozers are bringing down shops and houses. The inhabitants are in the streets," said a woman who lives in a high-rise building overlooking the area.

Syrian authorities restrict independent media access, making it hard to verify accounts of the conflict from both sides.

"This is an unprovoked act of collective punishment. The rebels had left, there are no longer even demonstrations in the area," said Mouaz al-Shami, a campaigner collecting video documentation of the demolitions.

"The regime can't stop itself from repeating the brutality of the 1980s," he said, alluding to mass killings and wholesale destruction in the city of Hama in 1982 under Assad's father, the late Hafez al-Assad, who ruled Syria for 30 years......"
Posted by Tony at 7:42 AM