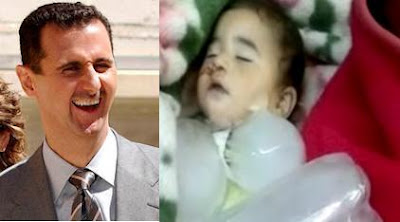 "(Reuters) - Syrian forces bombarded a crowded Palestinian refugee district in Damascus on Friday, killing at least 10 people according to residents, while other parts of the city were rocked by apparent rebel bomb attacks.

The main focus of the fighting is now in the economic center, Aleppo, but rebels fighting to topple President Bashar al-Assad continue to attack government forces and buildings in the capital.

Five security personnel were killed and several others were wounded in a "terrorist" blast caused by explosives attached to a motorcycle in the Rukn al-Din district of Damascus, state television said.

A car bomb also exploded between the Information Ministry and the main Damascus courthouse, it said, giving no details of any casualties.

In the south of the capital, rockets rained down on Yarmouk, a densely populated Palestinian refugee camp. A woman living nearby counted at least 11 strikes. Video uploaded by activists showed clouds of grey smoke curling into the air.

"At least 10 people have been killed and 15 wounded since they resumed shelling," the woman said by telephone, asking not to be named for her own safety. "There are several burned corpses and limbs, so no one is sure of the total death toll."

Residents across the city said they had been hearing heavy blasts and sporadic gunfire since early on Friday morning....."