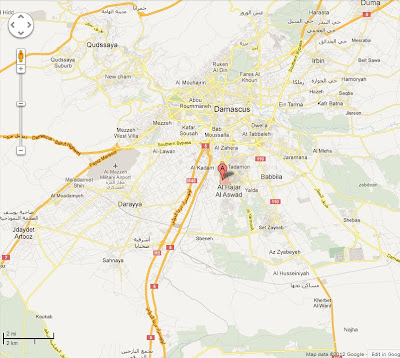 Yarmouk camp and the districts surrounding it have seen the most prolonged fighting in the capital since forces loyal to President Bashar al-Assad launched a counter-offensive to push rebels out of the city two months ago.

Residents in the camp said that for the last two weeks Yarmouk had been closed off from neighbouring districts and that they had heard regular clashes. Since early on Thursday they reported heavy bombardment in the area.

They said the army may have intensified its attack on the district in the belief that rebels, who have been sheltering in the nearby neighbourhoods of Tadamon and Hajar al-Aswad, were slipping into Yarmouk, whose Palestinian residents are suspected by authorities of siding with the rebels....."