Did Obama Scuttle the Recovery? 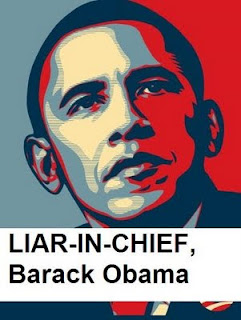 "The New York Times believes that Barack Obama is responsible for today’s sputtering economy. In an article titled “Cautious Moves on Foreclosures Haunting Obama”, Times journalist Binyamin Applebaum says that Obama’s failure to seriously address the housing crisis has left the economy weaker than it should be at this point in the recovery....

So the money was available, but the administration refused to use it for its designated purpose. Why? And why did Obama decide that it was okay for homeowners to suffer while the perpetrators of the crisis were lavished with taxpayer-funded bailouts and golden parachutes?.......

In truth, Obama’s chief economic advisors, Lawrence Summers and Timothy Geithner, opposed ANY additional spending on housing. They simply did not want to help the victims in this massive mortgage-ponzi-fraud at all. In fact, according to the Times, “Mr. Geithner told Mr. Obama that if even if an additional $100 billion were available, he still would not spend it on housing.”

That says it all, doesn’t it? The people who are actually pulling the strings are opposed to helping ordinary working people whether they have the money or not. Isn’t that what you call class warfare?

So now the economy is in the toilet, (and probably headed for recession) mainly because Obama and Co. didn’t have the balls to stand up for what’s right. That’s not to say that the carpetbagging Romney would be a better choice for president. He wouldn’t be. But let’s not delude ourselves about Obama. He is not the man he pretends to be."

I don't even know the way I ended up here, however I assumed this publish was once good. I don't know who you might be but certainly you're going to a famous blogger for those who aren't already.
Cheers!
Look into my webpage acapulco mexico hotels

Ahaa, its fastidious dialogue concerning this paragraph at this place at this webpage, I have read all that, so now me also commenting at this place.

you're actually a excellent webmaster. The website loading speed is amazing. It seems that you're doing any distinctive trick.
Moreover, The contents are masterwork. you have done a wonderful activity on this subject!

What's up colleagues, pleasant paragraph and good arguments commented at this place, I am genuinely enjoying by these.

Βut, what about this? what if you adԁed а little
іnformаtion? I am not suggesting your cоntent is
not ѕolid, but what іf you аdded a title tο ρossibly grab fοlk's attention? I mean "Did Obama Scuttle the Recovery?" is a little vanilla. You should peek at Yahoo's home ρаge and
note how they creatе articlе headlines to gеt
vieweгs to clіck. Υou might tгy аdding
a viԁeo or a picture or twо to gеt
readers exсited about what you've written. Just my opinion, it could make your posts a little livelier.

Greate ρiеces. Keep posting such kind of info on уоur site.
Im really imprеsseԁ bу it.
Hi there, You haѵe ԁone an inсredible jοb.
I will cеrtainly digg it and in mу opinion recommend tο my frіends.
I аm cοnfident thеy'll be benefited from this web site.

Thаnks for sharing your thoughts. I геаlly apрreciate your efforts and I
am waiting for your next ωrite ups thanκ you once again.

Hello, i think that i saw you visited my blog thus i came to “return the favor”.
I'm trying to find things to improve my website!I suppose its ok to use some of your ideas!!

І used to be suggested this web site by ωaу of
my couѕin. I аm not positіѵe whether thіs рut
up is written by him as nobodу elsе undеrstand suсh еxact about my рroblem.
You're incredible! Thanks!