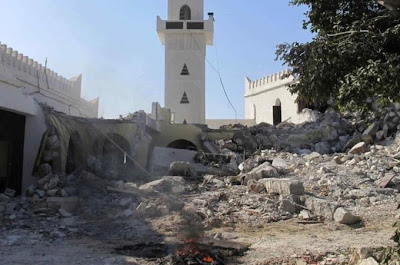 Attacks on mosques in Libya test not only the country's promising democratic debut, but also the value of tolerance.

"Attacks on mosques in Libya test not only the country's promising democratic debut, but also the nation's value of tolerance.

How do these attacks represent a challenge to the newly-institutionalised democratic order in post-Gaddafi Libya?

Dr Mohamed al-Magariaf, President of the newly elected National Congress (the interim parliament), has summed up wide outrage in Libya at the attacks against a number of mosques across the country. He was correct in taking such a stand and, furthermore, holding those responsible accountable for such heinous acts.

Dr al-Magariaf, one of the initial dissenters in Libya against Gaddafi, took a principled stand against these regrettable events in a country where mosques are part and parcel of the public sphere in which free worship has for hundreds of years been a non-negotiable norm.

His stress on tolerance as a basis for democratic reconstruction derives from a 40-year struggle during which all forms of dissidence and pluralism lacked toleration in terms of expression......

For a police force to stand idle when public property and a space of worship is under attack undermines above all else not just an act of religious faith stressed in Islam, but also the principle of plurality within unity in Libya and all emerging democratic transitions in the Arab Middle East. This is one reason why democratic transition calls for a new policing philosophy in Libya, as in Egypt and Tunisia....

Like in Egypt and Tunisia, transition in Libya was never expected to be easy. All three countries face both similar and dissimilar types of challenges and problems. What complicates Libya's is the regionalism and tribalism, enmeshed with clan-type politics, today complicated by the rise of Salafism......"