Syrians, you are alone! 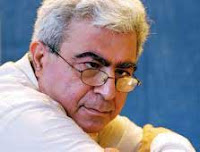 ".....The deafening silence of the world in the face of the repressive machinery of Assad is not due, as is often said, to the fact that Syria lacks that oil that arouses appetites for profit and domination by the West, but it is due to Israel. The destruction that the regime has inflicted on Syria, Israel could not even dream about. When the regime will fall, and it will be inevitable, Syria and the Syrians will have ahead of them long years of reconstruction.

Do not believe the analysis that the reason for the lack of support for the Free Syrian Army is the fear of the Arab states regarding Islamic fundamentalists.

The reason is neither the lack of oil nor the fear of fundamentalists. Western countries and in particular the UN does not fear political Islam, which in fact it is building alliances with States where there are such parties in power.

The only reason is to strengthen the racist component of Israel, whose insolence and arrogance has reached the point of making accusations of racism against South Africa which has decided to apply a special label for the goods produced in the occupied West Bank.

Bashar Assad is carrying out a task that for others has so far been impossible: he is destroying Syria and its social fabric. Then what good does it do to supply arms and aid to those who want its fall?

If it remains forever, whether its Russian and Iranian allies merrily dance to the rhythm of bombs and massacres, Assad will lose power after destroying the country from north to south. His allies will be covered with shame and hated by all Syrians and Arabs......"