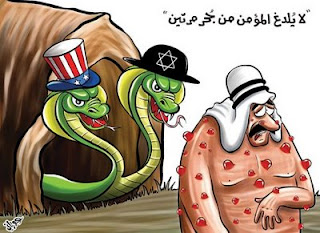 By Khalid Amayreh
in the Occupied West Bank

"Mahmoud Abbas, whose term in office had expired in January 2009, has been vowing to organize general elections in January 2010, giving the impression that these elections will be a magical cure for the many problems facing the Palestinian people and their enduring just cause........

More to the point, it is clear that even if the Israeli occupation army, which controls every corner and street in the West Bank, didn’t interfere with the elections, which is very unlikely given Israel’s hostile fixation on Hamas, the police state apparatus now prevailing in the West Bank, would make the idea of conducting free elections not only unlikely but impossible.

We are talking about a total absence of basic civil liberties whereby political opponents are arrested, tormented and often tortured to death. Furthermore, every conceivable political activity, even an act as simple as raising an Islamic flag, is immediately criminalized. In some cases, the “perpetrators” wouldn’t live to regret their “misdeeds.”

In fact, it is perfectly safe to claim that insistence on holding elections under these morbid circumstances reflect a malicious intent to falsify the results of the elections beforehand......

For all these reasons, it is imperative that Hamas must not fall into the trap and reject this trick by the man who had called resistance “futile” and who voiced his willingness to compromise inherent Palestinian rights pertaining to al-Quds al Sharif and the refugees.

The Prophet Muhammed (peace be upon him) said “A true believer shouldn’t be bitten from the same snake hole twice.” "
Posted by Tony at 7:28 AM