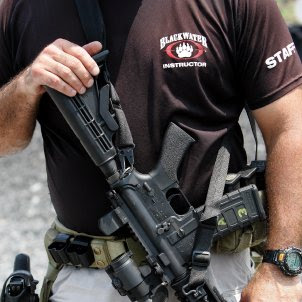 "A memo obtained by SPIEGEL indicates that cooperation between the CIA and private security firm Blackwater was deeper than previously known. SPIEGEL has uncovered further details about a plan to set up squads for targeted killings of suspected al-Qaida leadership in Afghanistan.

On Wednesday, the CIA disclosed that it had hired private security contractor Blackwater to kill senior al-Qaida members. The assassination-program has since drawn strong criticism in Washington. However, SPIEGEL has learned that the level of cooperation between the CIA and the paid mercenaries at Blackwater was even deeper than previously known.

In a memo obtained by SPIEGEL, two former employees describe details of cooperation between the firm and the intelligence agency that then-Vice President Dick Cheney asked the CIA not to disclose to the United States Congress. Even today, members of Congress do not have a complete image of the activities Blackwater undertook on behalf of the government......."
Posted by Tony at 5:00 AM