Settlers Push Palestinians to Sleep on the Street 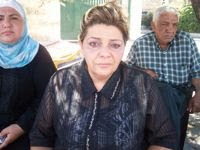 "EAST JERUSALEM, Aug 24 (IPS) - Israel's continued policy of Judaising East Jerusalem in order to establish facts on the ground before the future of that part of the city is decided, has left dozens of Palestinians homeless and sleeping on the streets.

Hundreds more are at risk, amidst allegations of document forgery by Israeli settlers who have taken over Palestinian homes.

Israeli riot police have forcibly evicted 53 Palestinian refugees including 20 children from their homes in the East Jerusalem suburb Sheikh Jarrah. Many sustained injuries during the process. The refugees are from the Hanoun and Al-Ghawi families.

At the beginning of August the neighbourhood was placed under curfew and declared a closed military zone. Media crews were prevented from entering the area, and those that filmed from a distance were roughed up by soldiers and police.......

In the interim the Hanouns have been fined over 50,000 dollars by the Israeli authorities for refusing to vacate their home "voluntarily", and each day they fail to pay, interest is added.

The police are also monitoring the homeless families, with patrol cars passing periodically through the day.

According to a report by the UN Office for the Coordination of Humanitarian Affairs (Ocha), 475 Palestinians in the Sheikh Jarrah neighbourhood are at risk of forced eviction.

Ocha says the settlers are attempting to build 540 illegal housing units in the area. This figure does not include other areas of East Jerusalem under threat."
Posted by Tony at 6:11 AM