The Pharaoh in the Service of USrael: U.S. Military officials in Egypt to present plan to counter tunnels 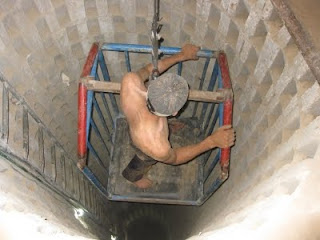 The officials held a meeting with their Egyptian counterparts and presented a detailed plan that includes high-tech equipment to uncover tunnels. The equipment was donated by the United States as the country is sponsoring the installation of high-tech devices to stop the smuggling at the Gaza-Egypt border.

They visited the border area and saw the tunnels that were uncovered and detonated by Egypt. The number of tunnels uncovered so far exceeded 300.

The officials also observed the ongoing installation of surveillance cameras and monitoring systems along the border, and thanked Egypt for its efforts to counter the tunnels on its border with Gaza........"
Posted by Tony at 6:43 AM