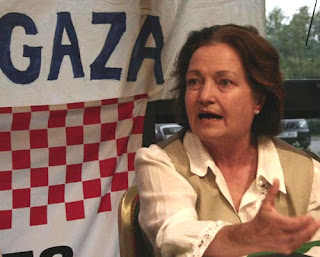 via The Free Gaza Movement

"Nobel Peace Prize winner, Mairead Maguire, was detained for the second time in the United States as she was on her way to participate in peace events in Albuquerque, New Mexico. Mairead was a passenger on the Free Gaza October 2008 voyage and a passenger on the June 2009 trip that was hijacked. She was thrown into an Israeli prison for seven days. She has now faced American as well as Israeli detention for her outspoken advocacy for the Palestinians........"