Palestinians: No homeland in Jordan 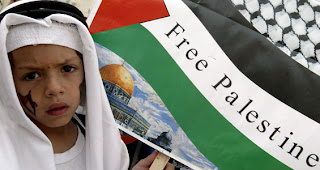 "Barack Obama, the US president, is attempting to seal an Arab-Israeli peace deal that has eluded the region for more than six decades.

Ahead of an initiative expected to be announced in September, Al Jazeera is examining the prospects for peace in a week-long series from Israel, the West Bank, Gaza and Jordan.

In the first of the series, Al Jazeera's Nisreen El-Shamayleh speaks to Palestinian refugees about an Israeli plan that Jordan become their alternative homeland.

The idea that Palestinians be forcibly relocated to a new state in Jordan has been steadily gaining momentum since the Israeli elections in February......."
Posted by Tony at 4:15 AM