Scorecard: Egypt's army and the revolution

Five months after protests broke out, has the military met demands for political reform and social justice? 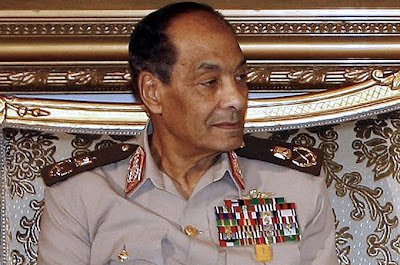 ".....In the five months since protests began, the military has met some of the revolution's most important demands. Parliament has been dissolved and the Mubarak regime's top echelon imprisoned. But the hated state of emergency remains, and protesters have edited their most well-known refrain to reflect their new target: "The people want to bring down the regime" has become "The people want to bring down the field marshal."...."
Posted by Tony at 7:06 AM