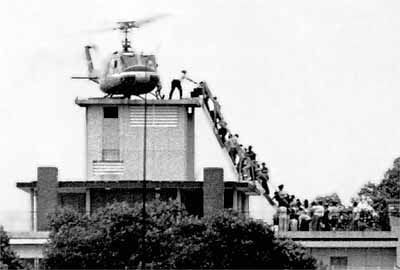 It's the beginning of the end

"Critics of the war in Afghanistan are fond of asking: "What would victory look like? How will we know when we’ve won?" In view of the latest events in that war-torn country, it’s fair to stand that question on its head and ask: What would defeat look like?

It looks like this: as Afghan government officials gather in Kabul’s fanciest hotel, the place where foreign journalists and other high mucka-mucks take up residence when in the capital, a group of Taliban fighters storms the lobby, kills at least 12 civilians and police officers, and sends Afghan officials scurrying for their lives. A five-hour gun battle ensues, which is ended only when NATO forces launch a helicopter attack on the assailants, strafing the hotel from the air....

Our empire, like that of the Soviets, is on the way out, inevitably receding before the tides of nationalism — and economic decline — on the home front. Yet still we persist in nurturing the illusion that we’re in control, that we can manage the scope of the unfolding disaster and delay indefinitely the day when, like this Soviet official, we’ll be forced to admit defeat:

"’It’s a defeat, no question about it,’ an aide in the Communist Party’s Central Committee told an American friend this week. ‘We had your experience in Vietnam right before our eyes, and we still went in like fools. The only thing we’ve been able to avoid is having to evacuate the last people from our Embassy in Kabul on helicopter skids.’"

We had the Russian experience right before our eyes, as well as our own bitter memories of the Vietnam disaster, and yet we still went in — like even bigger fools. Not only did we go in, but we stayed in — long after the last remnants of al-Qaeda had fled — and attempted to set up a puppet government, confident we would succeed where the Soviets failed. Yet "President" Hamid Karzai – or whoever is in office when Kabul falls – will share Najibullah’s fate, of that we can be sure.

As to whether our imperial delusions will implode in the same way the Russians’ did – and with the same rapidity – remains to be seen. However, I suspect – or, rather, fear – we’ll know soon enough. "
Posted by Tony at 4:05 AM