Spirits of Justice Going to Gaza 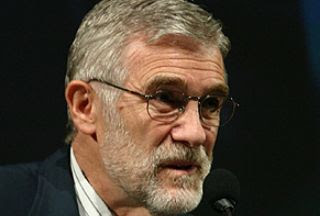 "For those who engage in the common struggle for Justice, an invaluable grace comes from getting to know new friends similarly engaged—and equally willing to speak with more than words.

Thus, it has been a great grace to get to know folks like Alice Walker personally as well as through her writings—including some new ones. In one recent article, Alice addressed her reasons for joining the other 49 of us by putting her body on the line in sailing with The Audacity of Hope, the U.S. boat to Gaza. She wrote.....

No justice was to be had in Lowndes County, Ala., in the Sixties. Today, justice cannot prevail in Gaza—and the other occupied territories seized by Israel in the June 1967 war.

The New York Times made an unusually candid revelation in 1982, quoting from a speech in which Israeli Prime Minister Menachem Begin, who held that top post from 1977 to 1983, admitted that the 1967 war was carefully planned by Israel.

“In June 1967, we had a choice,” Begin said. “The Egyptian army concentrations in the Sinai approaches do not prove that Nasser was really about to attack us. We must be honest with ourselves. We decided to attack him.”

The New York Times, which in those days was a far more independent newspaper than it is now, actually printed Begin’s words, though it has forgotten them since.

And so, all aboard The Audacity of Hope. And what grand company I find myself in: justice friends, old—like Ann Wright, Medea Benjamin, Ken Mayers, Robert Naiman, and Kathy Kelly—and new—like Alice Walker, Paki Wieland, Gale Courey Toensing, and dozens of others.....They are truly models of the enduring strength that comes of daring to hope. "
Posted by Tony at 3:35 AM