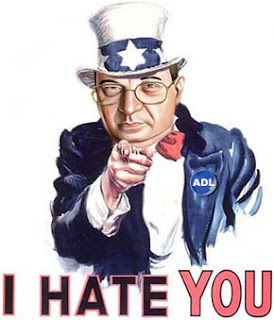 "The Anti-Defamation League (ADL), the influential pro-Israel lobby group headed by Abraham Foxman, is in a panic about support for Palestinian rights at Occupy Wall Street protests across the United States.
Seeking to delegitimize US popular solidarity with Palestinians suffering under US-financed Israeli occupation, apartheid and brutal violence, the ADL charged in a release on its website that, “Anti-Israel Groups Attempt to Co-Opt Occupy Wall Street Message.”.....
Spreading conspiracy theories
The ADL then goes on to list a whole range of Palestine solidarity actions at various Occupy protests around the country by groups as diverse as Adalah-NY, Jewish Voices for Peace, Jewish Women for Justice in Palestine, and Students for Justice in Palestine.
Foxman’s group cannot see Palestinians and their supporters as legitimate members of American society who might share the same concerns as other Americans. Nor can it respect or recognize that any support for Palestinian rights and opposition to Israeli crimes could be genuine......
ADL promoting hate reminiscent of anti-Semitic attacks on Jews
ADL’s effort to ghettoize Palestinians and their supporters and declare them beyond the pale of American political life and activism are painfully reminiscent of attempts in America’s past to keep Jews out of public life and to villify them as subversives, anarchists and communists.
It is not surprising that the ADL has reacted this way given that Foxman has a long history of promoting Islamophobia....."
Posted by Tony at 6:39 AM